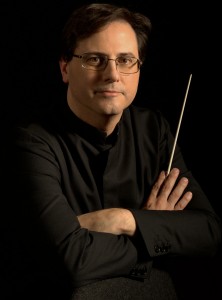 He studied piano and composition in his native Naples, Italy, and orchestra and chorus conducting in Mannheim, Germany. He deepened his studies in orchestral conducting with David Zinman and received the Conducting Fellowship scholarship at the Aspen Music Festival and School, Colorado, USA. There, he participated in a master class with James Levine and conducted during the festival at Harris Hall and the B. Bayer Musik Tent.

As a former Associate Conductor of the Crimean State Philharmonic Orchestra, he is an experienced symphonic conductor. In Crimea, he gave more than fifty concerts in two seasons conducting works, among others, by Mozart, Beethoven, Bruckner, Tchaikovsky, Sibelius, Moussorgsky, Mendelssohn, Schumann, Strawinsky and Strauss.

During the 2017/2018 season, Bruno has recorded, among other commitments, some Symphonic Poems by A. Kurylewicz with the National Radio Orchestra of Poland (NOSPR).

At the same time as his symphonic work, Bruno Cinquegrani has worked intensively as an opera conductor.

During the 2012/13 season, he made his operatic debut at the Teatro di San Carlo with Il Campanello. Further previous debuts include Traviata at the Bunka Kaikan Theatre in Tokyo during his first Japanese tour; Lucia di Lammermoor at the Seattle Opera; Cenerentola at the Aspen Music Festival; and Elisir d’amore at the Opera Holland Park, London, with the City of London Sinfonia.

Further productions include Marino Faliero and Traviata at the Bergamo Musica Festival; W Gianni Schicchi at the Teatro Massimo in Palermo; Lucia di Lammermoor at the Teatro Comunale of Bologna; Lucrezia Borgia at the Teatro Verdi in Sassari; and Falstaff for the tour of the NSO in England.

In April 2011, the recording label NAXOS published with worldwide distribution in DVD and CD his live recording of Donizetti’s opera Marino Faliero at the Bergamo Musical Festival.

In 2007, Bruno Cinquegrani started his collaboration with James Conlon. He worked with him on Simon Boccanegra at the Opera Bastille, on Falstaff at the Teatro Comunale of Bologna, and on Gianni Schicchi, Elisir d’amore, Simon Boccanegra, I due Foscari, and Cenerentola at the Los Angeles Opera, where in June 2013 he completed his tenure as Associate Conductor.

Further collaborations include Madama Butterfly and Traviata at the Aspen Music Festival with David Zinman and Julius Rudel; Rigoletto at the Royal Opera House with Renato Palumbo and Maurizio Benini; and Turandot at the National Theatre in Helsinki with Muhai Tang.

Since January 2015, he has taught as a professor of Orchestral Studies and, from 2019, of Conducting as well at the A. Corelli Conservatoire in Messina, Italy.

The conducting of Bruno Cinquegrani has given back to the score the right tension, colour and strong narrative energy, articulating by means of shrewd choices of dynamics and tempi